As the redesign for the Paul Janssen Award site was progressing, I was asked by R&D Communications if I would like to take ownership of another site that was also undergoing a redesign. This time it was the main site for the division. Never being the one to turn down a project, I happily obliged. Unlike the Paul Janssen Award site, the redesign was underway, with a project team already assembled and the contracts already signed. After I went over the details of the existing documentation, I took the role as the on-shore project manager, with an off-shore counterpart who was co-located with the development team. Since the project had already started, there wasn't much to do except ensure that the resources were meeting their time-lines and that the project was on budget. Although there was some issue with the contact form, everything went more or less smoothly. Principle development was completed by the end of the 2010, and after the usual regulatory review, the site was in production early 2011. 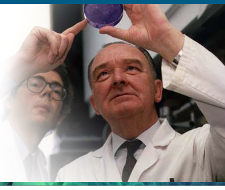 Over the next 5 years I was responsible for the almost weekly updating of content and information. For the most part, this was as simple as manipulating links, but there were times where the changes were more complex. Early on in the life-cycle, it was discovered that a hero image on the front page was of an employee who was no longer with the company, and the image needed to be replaced. I was able to reach out to a member of the visual design group, again James Norman, and obtain a licensed image for deployment within a 48 hour window. Also, yearly there would be an update of the transparency and charitable contribution information, almost always in a different format and a different page structure requirement. Any major change (more than just a paragraph or so) would have to undergo regulatory approval, which was a complicated process in and of itself. With that in mind, I was able to structure on-going support contracts with enhancement hours, to reduce the need for formalized projects, keeping major changes to a minimum and allowing extra time for the regulatory approval process to complete.

Overall, this site, along with its related sub-sites, became the bulk of my external work for Janssen R&D, and would consume a major portion of my time as a project manager and platform owner, as well as require a considerable amount of knowledge of HTML, web graphics, and Drupal administration. The site was more or less standard Drupal (starting a version 6), with FCKEditor (all updates were done in raw HTML due to style requirements) and IMCE (used only for file uploads). 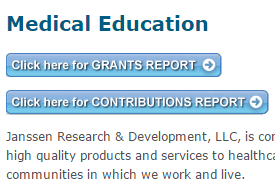 Finally in late 2012, out of the blue I was handed the ownership of a completed sub-site to this site (oncology.janssenrnd.com), which would become the first of several sub-sites "hosted" on this platform (well, not really hosted on the same platform, but they did share a name space). This new site would undergo several redesigns and expansions over the next two years, but its arrival (and the planned arrival of several more) required a change in the navigation structure and content over a major part of the site structure. These changes would continue well into 2014, when it was decided to cancel all sub-sites in lieu of a major change in external communication strategy.

In the end at least there was time for one last project. In mid-2014, the site was wholly migrated from Drupal 6 to Drupal 7, in order to comply with I.T. security standards. From that point on, my involvement with the site ended. The site can be viewed at , but I have not been involved in any updating of the site since the end of 2014. As of the day that I am writing this, there have been some minor changes made to the site (with little regard to layout or good design practices - still they are very minor), but the redesign from 2011 is still in place. Please note, any and all images and related content are property of Johnson & Johnson and Janssen R&D LLC.

The Oncology "sub-site" in its latest redesign.